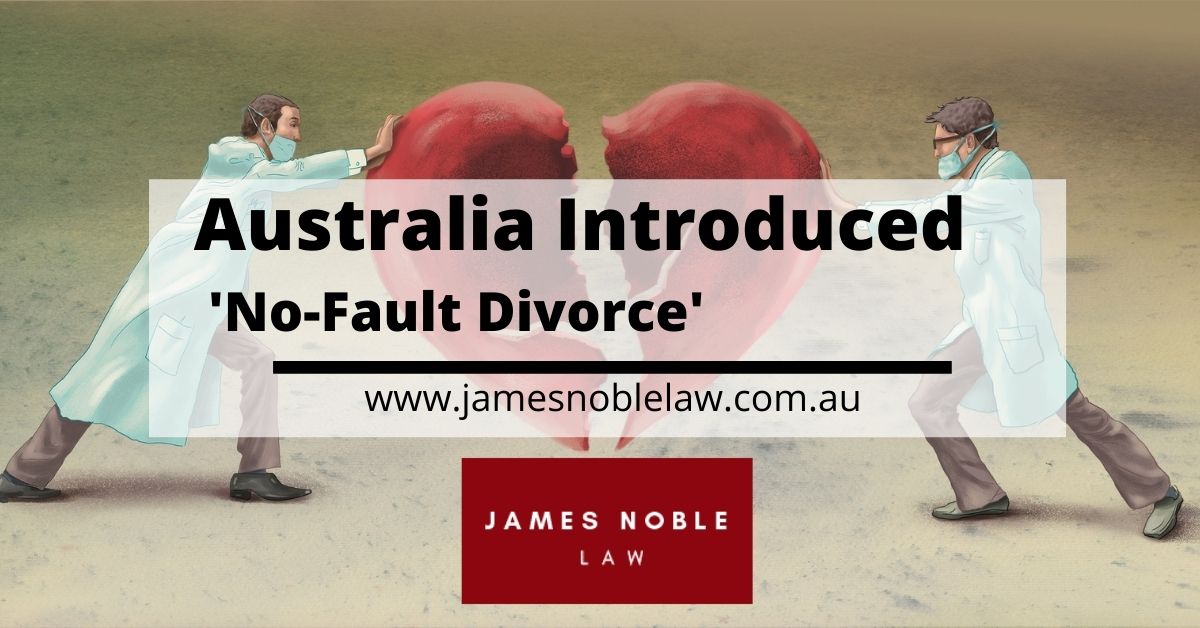 For decades, if you wanted a divorce in Australia, you had to prove your spouse was to blame. No-fault divorce was not legal by local law.

The grounds ranged from habitual drunkenness to adultery, and many cases involved the use of private investigators.

Some couples who privately agreed to separate would even have to stage adulterous trysts for later evidential use in court.

This all changed in 1975 with the introduction of “no-fault” divorce and the Family Court system.

Family law in Australia has come under intense scrutiny since then, with dozens of reports — including a 2019 Australian Law Reform Commission review — and more than 100 amendments to the Family Law Act.

This year it will be examined again, in a joint parliamentary committee inquiry chaired by Kevin Andrews.

So how did we get here?

Marriage and divorce remained state matters for most of the 20th century.

But in 1959, then Attorney-General Sir Garfield Barwick introduced a federal law: the Matrimonial Causes Bill, stipulating 14 grounds for divorce.

“You’d hire a private investigator to spy on your spouse,” says Shurlee Swain, an Emeritus Professor at the Australian Catholic University.

“He would hang around outside the house … and then when the light went out in the bedroom he’d then knock on the door and burst in with his camera and take pictures of the couple in the compromising position.”

The pictures would then be used in court as evidence of adultery.

This desire to “punish” a party by attributing blame to the “sinner” was deeply rooted in religious principles underpinning marriage at the time.

“It’s a very moralistic approach to marriage and one that by the middle of the 20th century was out of sync with the vast majority of the population,” Professor Swain says.

With cultural and social change sweeping Australia in the 1960s, our conception of marriage also changed.

“There was a shift towards viewing marriage as a loving relationship,” explains Henry Kha, a law lecturer at Macquarie University.

“Moreover, there was a rise in de facto relationships … more and more people felt that marriage was no longer essential in order to affirm a relationship.”

The Whitlam government, in power from 1972, proposed a series of social reforms — including laws regulating divorce and parental custody.

The notion of no-fault divorce had support from an eclectic range of organizations, including divorce lawyers — who framed marriage as a contractual obligation both parties should be able to exit equally — and the Divorce Law Reform Association.

“It was in fact what we now recognize pretty much as a men’s rights group,” she says.

“What they were resentful about was the amount of money going from husbands to ex-wives that they thought should be coming into their families.”

But not everybody was in favor of a no-fault system.

“There is also a great amount of fear that women will be short-changed by it because the vast majority of women still at this stage are not in full-time employment, and so marriage has been their career,” Professor Swain says.

“So there’s a great push from feminist groups to be cautious about how you introduce the law and how you protect women who are likely to be damaged by it.

“They expressed this fear, that if the no-fault divorce goes through as it’s proposed, that women will be left high and dry and men will just be able to move freely from one marriage to another.”

The law introduced, for the first time, no-fault divorce.

It also established a federal court to deal with family law issues.
“Family law was viewed as run by very strict doctrinal principles that didn’t really take into consideration the psychological and social consequences of a breakdown of a relationship,” Dr. Kha says.

“The aim of the Family Law Act was to remedy those problems by introducing a Family Court of Australia that would not only deal with legal issues but provide counselling services.”

In the first year, the law was implemented, there was a surge in divorces in Australia.

“The courts are completely overwhelmed from their opening day,” Professor Swain says.

“There are these huge queues of people because there is this great pent-up demand of people who actually were no longer living together who wanted to get a divorce but had not been able to do it under the previous situation.”

It won’t save you from the cost of divorce. While press coverage of this upswing tended towards the alarmist, she explains, the number of divorces “flattened out” after a few years.

For some, the idea that no-fault divorce would bring about less acrimony was not realized.

“Right from the beginning the expectations of people that people could be civilized is contradicted by the way they in fact act,” Professor Swain says.

“It’s a minority. The bulk of people don’t do that, they don’t go to court, they take advantage of it and all is well.

Read more: Top Tips for Coping During Separation and Divorce

The Need for More Reform? 1976-present

Since its implementation, the family law system has been the subject of dozens of inquiries and amendments.

Patrick Parkinson, the Dean of Law at the University of Queensland, says when considering family law reform, it’s important to remember that the Family Court deals with much more than just marital disputes.

“It’s essential that you start with the proposition that disproportionately we are dealing with violence, abuse, mental illness, and drug and alcohol abuse,” he says.

Australian children are being placed in harm’s way by the legal structure designed to determine their best interests — the family law system.

Instead, Professor Parkinson argues for decision-makers who are more equipped to deal with issues like mental illness.

“At least for self-represented litigants, there should be a multidisciplinary panel consisting of a lawyer, a psychologist or psychiatrist, a third person who might be a drug and alcohol expert or domestic violence expert or something of that kind,” he says.

In 2017, the Turnbull government asked the Australian Law Reform Commission (ALRC) to conduct the first comprehensive review of the Family Law Act.

Mr. Paton says the major concerns raised were in relation to:

“Recommendation number one was that states and territories should establish specialist family law courts, as already exists in Western Australia, and that ultimately federal family courts like the Family Court of Australia should be abolished,” Mr. Paton says.

“So in a sense, reversing the effect of the Family Law Act 1975, which created this one national court.”

Mr. Paton says the primary reason for the recommendation is the “incredible increase” in family violence cases and child protection issues.

“In 1974, when the Act was being designed, family violence hardly rated a mention by the politicians who were establishing it and the documents that were explaining the reasoning for the new law,” he says.

“Family law was seen as a private dispute between two people who needed to sort out some arrangements and couldn’t agree.”

The Federal Government has yet to formally respond to the ALRC report.

However, in the same year, the Prime Minister announced another wide-ranging inquiry into the family law system.

It will be carried out by a committee of politicians from both houses of parliament, including One Nation leader Pauline Hanson — a move which attracted criticism from anti-violence campaigner Rosie Batty.

Many are waiting to see the outcome of the inquiry, due in October this year.

“In an ideal world, we’d set up various structures that meant that nobody needed to go to court, that they could sort it out through a long process of mediation,” Professor Swain says.

“But we don’t live in an ideal world, so I suspect the battle is going to keep going on.”

WE HAVE QUALIFIED MEDIATORS READY TO HELP

5 Best Suggestions for co-parenting during COVID-19 in Australia

Are You Considering Marriage Separation Process in Australia?

WE HAVE QUALIFIED MEDIATORS READY TO HELP 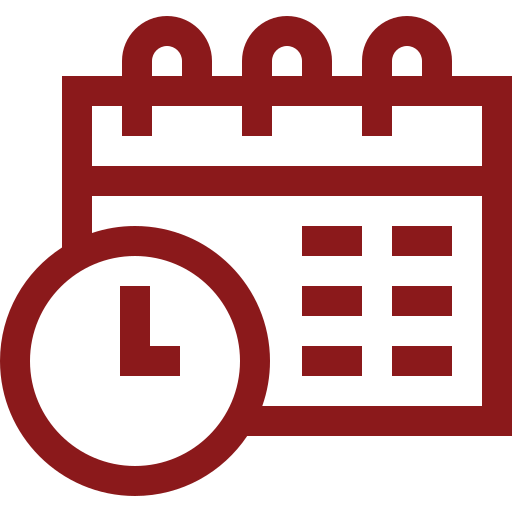 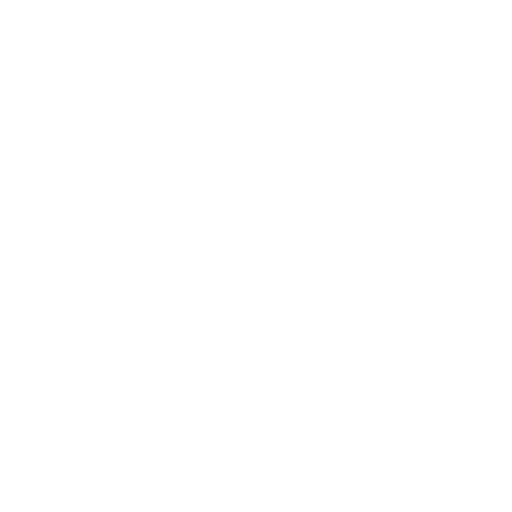